another one for the last-day-of-the-month posts! lotsa doodling been going on here, which is awesome. primarily fanart because lately I've been feeling more like drawing other people's characters than my own for the most part.

first off, some fanart for Kirby! I love this character, and this about sums up why:


I got inspired by the old 90's Kirby ads (and super smash bros of course) on these drawings. I've been enamoured with that loose 'n squishy way of drawing -- and animating! -- recently. :) 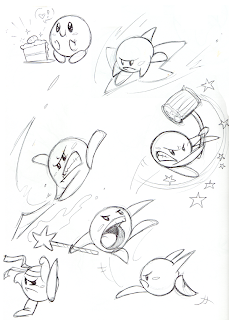 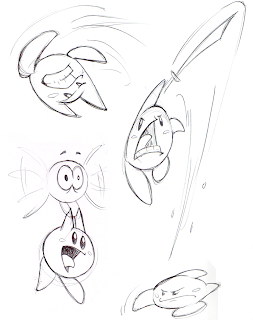 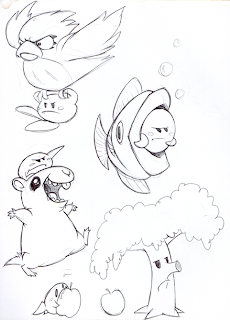 had to give Rick, Coo, Kine and Whispy some love too. :B 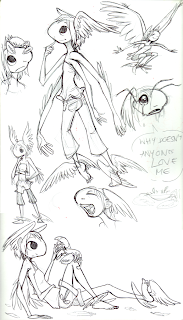 some doodles of my character Switch -- designed around my western zodiac sign (gemini) and how that relates to my personality. she's a lot of fun to draw if a little difficult to nail sometimes, but I've definitely captured how I intended her to look in these.

more pokemon art because I've been playing a lot of Soul Silver recently! the game's as addictive as ever. 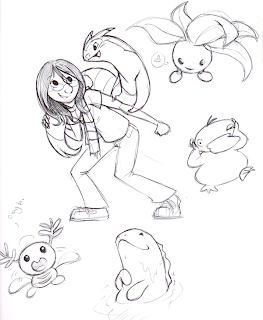 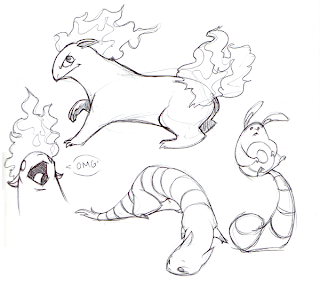 one of the first things my beedrill Needles did after he evolved from a kakuna was to hug me! I thought that was so cute I had to make a drawing capturing the touching moment between a trainer and her giant bipedal apian monster. 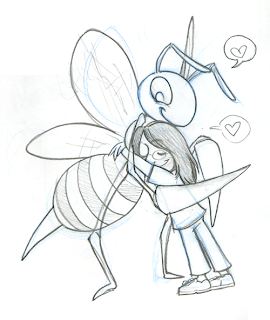 he's just learnt twineedle and is thus more badass than ever. and that'll be all for now.
Posted by Shelley at 5/31/2010 4 comments: