a durian and a pangolin 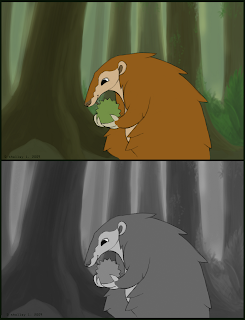 the still from my film I'm submitting for the show program, both in colour and in black and white. I REALLY like how it looks, and that's a great motivator for thesisizin'. :D
Posted by Shelley at 1/30/2009 1 comment:

"if you guys aren't freaking out about your thesis by now, you're probably doing it wrong" 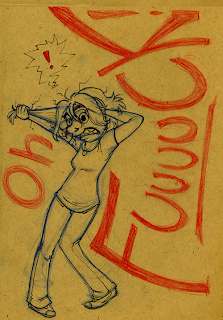 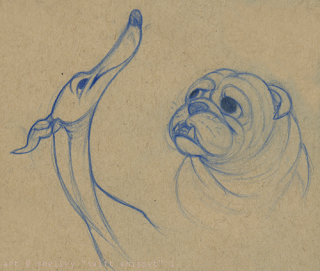 it's gonna be fine, oh-nine

okay it's almost lunar new year so it feels more like 2008 is officially history. hope it's been a blast so far, I know it's been great for me. :) it's going to be an exciting year since I'm graduating and then if all goes well will stay on in New York for an extra year to do some work study. whoooo employment. 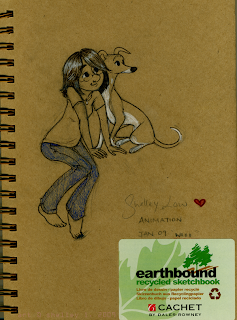 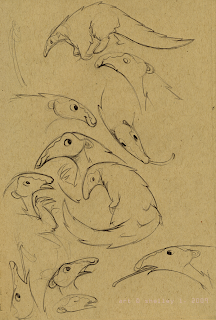 some doodles of Labu. she keeps changing even now, dammit. pesky characters. 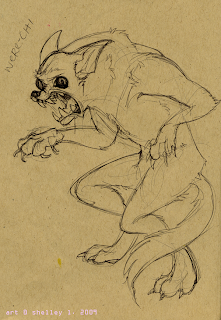 werechihuahua again. I'm not terribly fond of this drawing but I do like his face. I might do a were-toys series, I need to actually finish pictures sometimes. 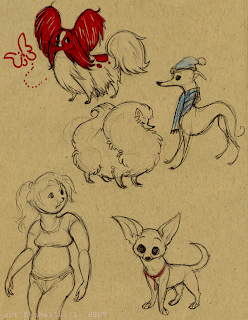 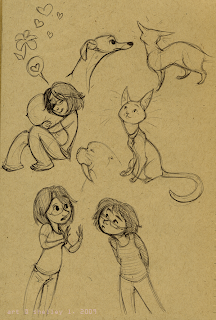 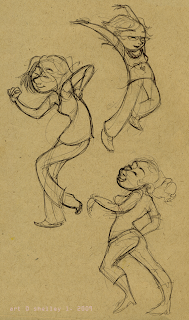 and a bunch of fanart: 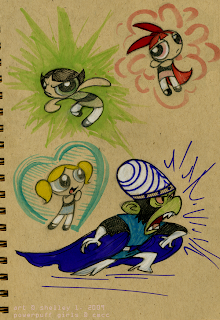 OMG PPG!!!!! I was obsessed with this show back in the day. the marathon on CN and the new anniversary ep was a good enough trigger to get me back into it. I am so proud of my Mojo Jojo considering I didn't draw him much even back then and I used only minimal reference for his face. yeah I watched that show waaaay too much har.

my old fear of markers seems to have done a 180 degree turn, because apparently I love them now. HOORAY. I need more. 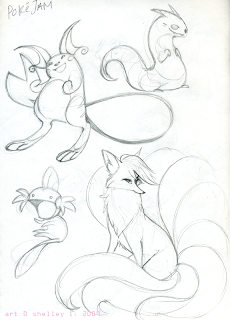 pokemon I drew for people. I like the old pokemon designs better, the new ones are weird and a lot of them are ugly. 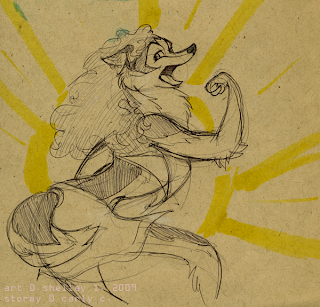 my friend Carly's character Stormy, inspired by what she's doing for her thesis film. :) 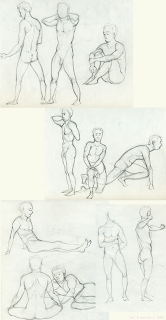 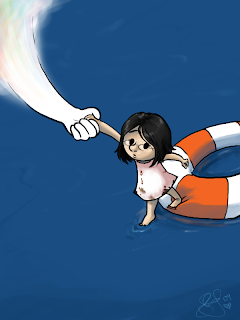 20 years and I'm still learning how to do this.
(personal art, obviously.)