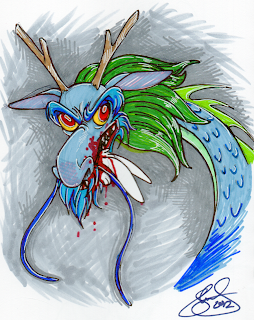 Hooray, new updated layout and blog address! I've thought it was time for a change for some time now, so the new year seemed as good a time to get that going as any. I wanted to draw something for the year of the Water Dragon and I felt like using real media, so here's a quickie: 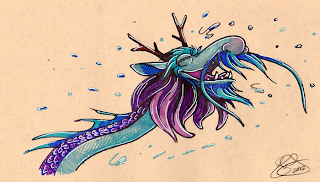 I don't think I announced it here, but I have a tumblr blog now! It's pretty much going to be exclusively fanart and fan-imation. I'll probably still post the odd fanart piece here if I'm proud enough of it, but the majority of it will end up over there. I'm not that fond of how tumblr is set up, but I figure it's a good place for fan-stuff.

I also sent my Sketchbook Project sketchbook off today! My theme was 'Prehistoric' and it's going to be digitized and displayed at the Brooklyn Art Library. Since it's going to be scanned and made viewable online I didn't scan all the pages, but here's the cover and a baby Protoceratops as a sample! 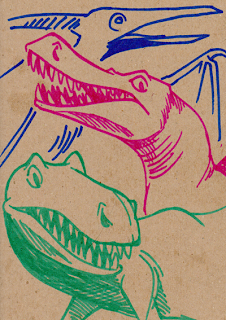 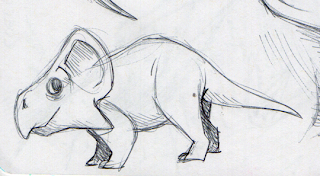