whoo, super busy with projects and various other things lately - it's true what they say, I guess, long dry spell and then suddenly everyone wants a piece of you! I'll post more things I've been working on when I can, but for now here's some animation I did a while back for Kiwi Crate, in tandem with my good friend Kristine of Knightingale Studio! 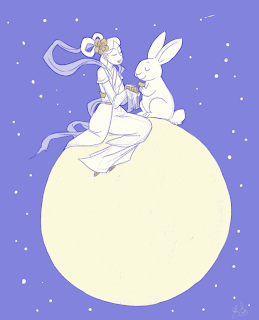 can't hide from the tide

been a bit busy with some projects lately (which I'll eventually post about of course) but here's some quick fanart doodles I did to unwind! one of my favourite DOTA 2 heroes :) 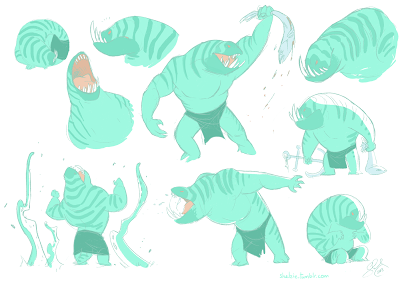 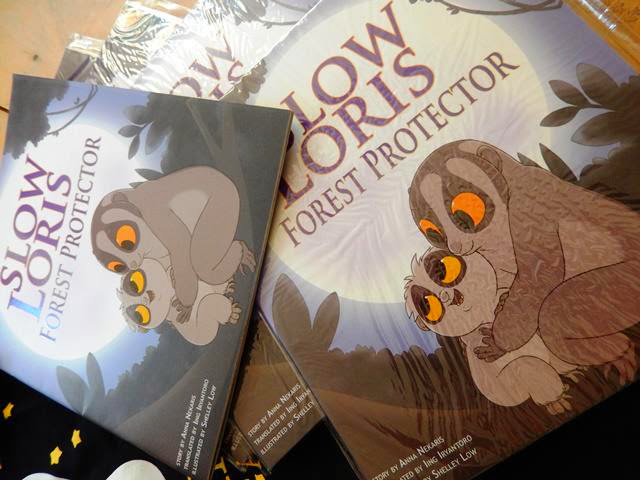 Another slow loris update - the children's book that I illustrated for Little Fireface Project is now available to purchase on their website, along with other handcrafted slow loris goodies!

Here are some sample colour illustrations I did for the book. Lorises are fun to draw. 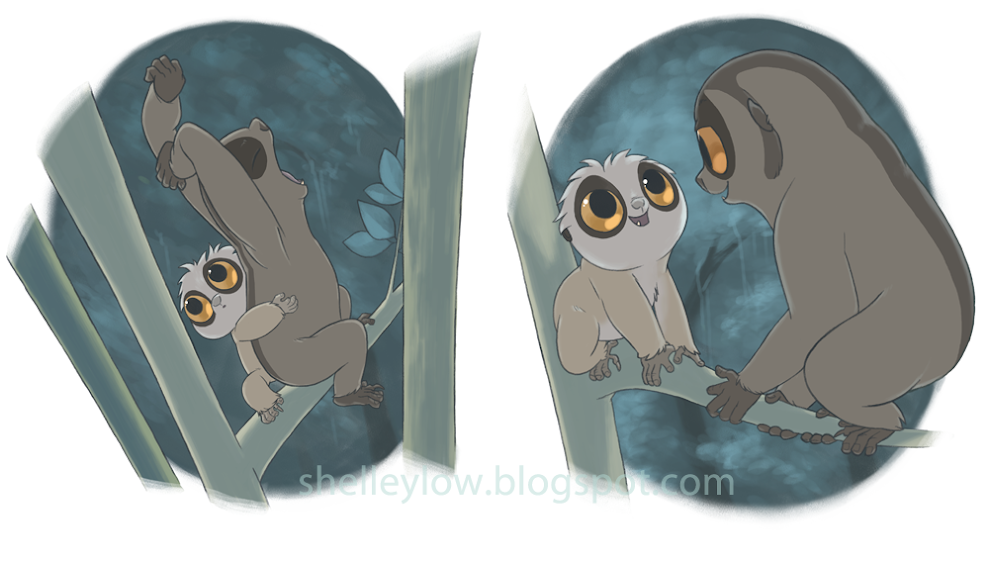 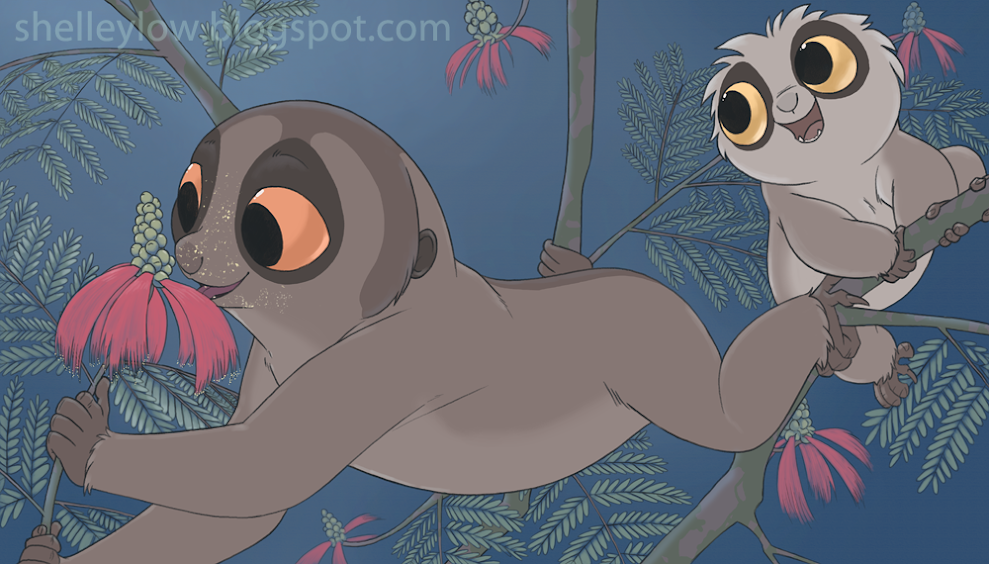 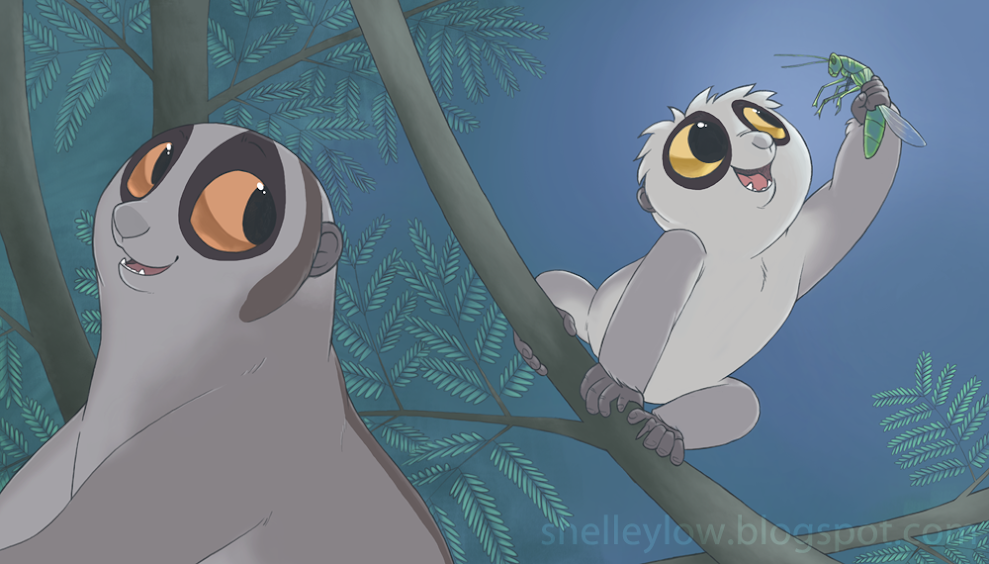 
Check out this cool video from Little Fireface Project!! I recently did some work for them and they've used it in the Loris Pride festival that they organized in Cipaganti, Java! I designed the paper loris masks, the logo used on the t-shirts and stickers, illustrated the children's book Slow Loris Forest Protector which should be available for purchase at some point soon, and the loris mascot costume is based on my design too. Really cool for my work to be used in an important cause like this! I've always wanted to get involved in conservation on some level and I'm glad I could help in my own way.
Posted by Shelley at 7/08/2013 No comments: 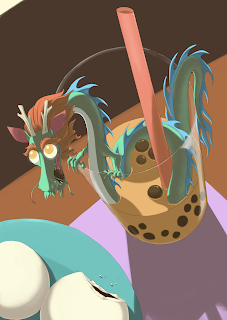 Been doing some lighting and illustration practice over the last week! Hoping to make some prints to sell c:
Posted by Shelley at 5/29/2013 4 comments: 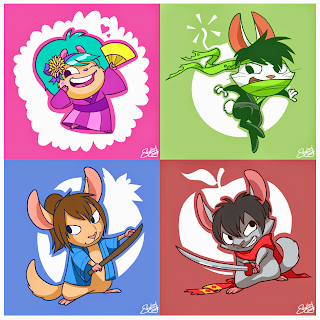 Slightly more than a week left to go on Samurai Chinchilla's Kickstarter campaign! We could use your help!
Posted by Shelley at 5/21/2013 No comments: 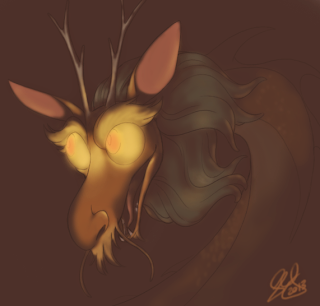 Some lighting practice with one of my Chinese dragon characters, after watching this series of videos with Sam Nielson. I mean to be doing lots more illustrating this week and need to brush up and learn some new skills!
Posted by Shelley at 5/21/2013 No comments:

Pokémon fanimation I started more than a year ago, worked on on-and-off and eventually abandoned due to busyness. Now that I have a bit of downtime, I finally got around to finishing it!
Posted by Shelley at 5/16/2013 No comments:

The time has come and Samurai Chinchilla's campaign is live on kickstarter! Help us get this show on the road and reap some amazing rewards, I promise you it'll be worth every penny!
Posted by Shelley at 5/01/2013 2 comments:

Hooray! More animation magic from the team that brought you Wishful Drinking!

We originally made this to submit to an online sketch show, but it didn't quite make the cut (although we were told it made a lot of people laugh). It belongs to the internet now. Enjoy. 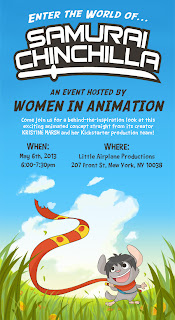 Women in Animation is hosting a Samurai Chinchilla event! I won't be in NY in time to attend, but if you're in the area, you should stop by. RSVP to Lisa Goldman at lisaggoldman@yahoo.com by Friday, May 3rd if you plan on showing up. Everyone is welcome, though a $10 donation is asked if you're not a WIA member. And do like or subscribe to Samurai Chinchilla on facebook to keep tabs on the project!

SamuChilla kickstarter goes live in May! I couldn't be more excited about working on this story and working with this crew. :D

I've been busy as of late freelancin' away and spending some quality time with my family! It's a little overwhelming to be self-employed after almost a year of working full-time, but I plan on making the most of it, beefing up my skills and starting some projects of my own if I can.

Here's something I've been working on for Little Fireface Project, the slow loris conservation group that I mentioned in an earlier post. They're putting together a children's book to educate young kids about lorises and the part they play in their native ecosystem, and I'll be illustrating it! The plight of the lorises is something I've grown to care a lot about, so I'm pleased that I get to help out these animals in my own way. 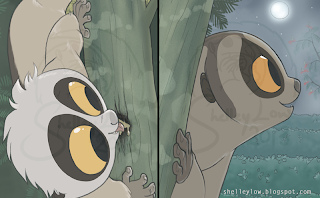 Follow Little Fireface on facebook to keep tabs on their efforts (book included)! They are an amazingly dedicated diverse group of people and are doing great things for these cool little primates. 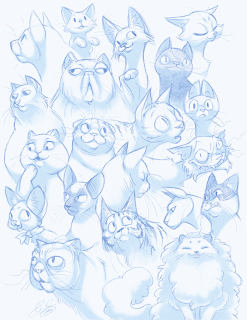 Print I made for my animator friend Kaukab's kittie fundraiser! She and her husband have been actively going out of their way to rescue and place the many stray cats that roam their neighbourhood for years now, and because they will be relocating soon they have been raising money to send the entire colony to a cat sanctuary where they will be cared for. If that's not dedication I don't know what is!

They actually made their funding goal within a couple of days, which is astounding, but any additional funds donated at this point will go towards vet visits for the cats/be donated to the cat sanctuary itself, so - still a good cause, and you can snag yourself some awesome art to boot! 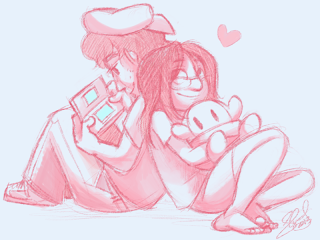 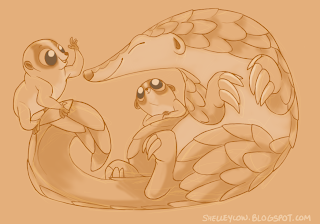 Pangolins, as some of you may know, are an animal near and dear to my heart and one even starred in my college final-year animation short film. They're also known as 'scaly anteaters' (though they are no relation), and defend themselves by curling into a ball with the scaly armour on the outside - the name comes from the Malay word 'pengguling' meaning 'to roll up'. They're also very endangered because this defense mechanism isn't all that effective against humans.

The folks at Little Fireface Project - a slow loris rehabilitation effort - have been showing their support for pangolins by posting cute pictures of lorises and pangolins on their facebook page, so I thought I'd include some lorises in my tribute too. Both animals are severely threatened by illegal wildlife trade (and in the loris' case, the pet trade as well - think twice about the 'cute loris' videos you see all over youtube). They are also both native (well... one species of pangolin at least) to my region of the world - Southeast Asia.

It's amazing what people are doing to help these animals and I encourage you to check out both Little Fireface and Project Pangolin to follow them in their work, and find out ways that you can help too! At some point in the future I would love to organize a fundraising effort, some kind of art sale probably.

It's a new reel for a new year! Life has taken a bit of an unexpected turn recently, but I won't let any of it stop me from being productive. Here's to having twice as much stuff on here the next time January rolls around :)