WOW. I've been drawing a lot over break, I have a lot to show. doodles are fun! 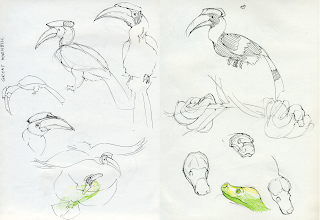 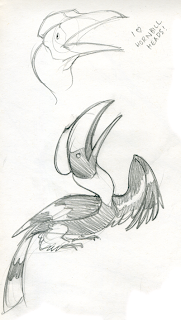 boa and hornbill studies, from photos mostly (though the two hornbill drawings below are from memory. they're going to be 'extras' since as I explained to Gaffney I want my jungle to look like there are more than four animals in it. MORE WORK FOR ME TO ANIMATE, YAY. I'll be kicking myself in two months, won't I. ah well, picking a pangolin to animate as a main character in the first place was kind of telling. anyhow. I LOVE DRAWING HORNBILLS. and I'm happy I get to animate a snake because I love snakes. :) 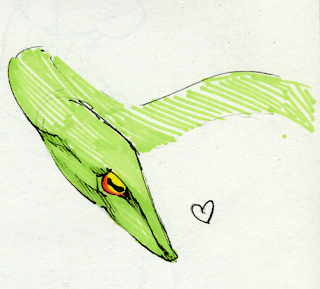 this is an oriental whip snake, my favourite species of snake. it's probably not going to be in my film, I just wanted to draw one. ♥ evidently I have a thing for pointy-nosed animals. 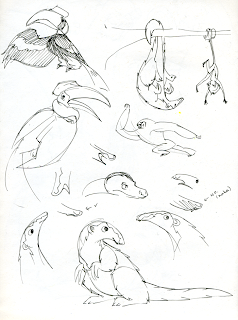 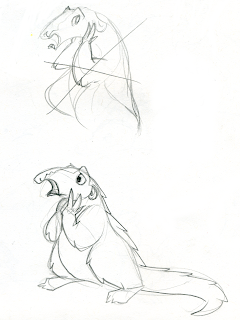 trying to work out a pose/expression for Labu in this one scene - obviously the second (bottom) one worked better. 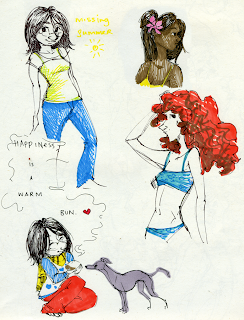 doodles. I like drawing with microns - especially when they get old and crappy to ink with, they make for better sketching. also trying to get over my fear of markers, I think we're getting somewhere. 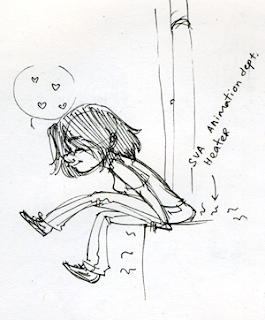 happiness is also a warm bum. radiators you can sit on are wonderful.
I was not happy that the heat went poof over thanksgiving. :| 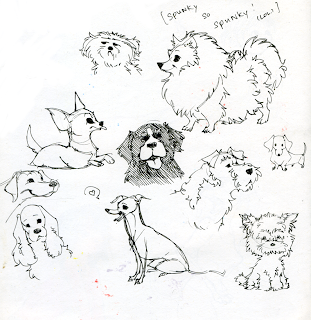 doggies! as anyone who's familiar with me or my art at all over the past few years will know, I'm a huge dog nerd (as in NERD, not just omg-i-love-cute-puppiez, I can quote you things about many different breeds and I have several breed encyclopedias and photo books. I have also officially drawn every breed currently registered with the american kennel club, except the danged swedish vallhund which they accepted after I'd finished with the herding group. so yeah don't mess with me xD). so whenever anybody tells me they own or fancy a particular breed or type of dog I tend to connect them in my head with that breed or type pretty much forever - since it's also true that people, I find, tend to be drawn to breeds that are closest to them in whatever way. so while I was alone in the dorms I started doodling certain dogs I connect to my SVA buds. yaaayyy, see I thought of you guys. xD

aikido doodles!! I was just thinking about it, since I do practice aikido and I miss being able to train seriously - school and art in general have been taking top priority lately. I also miss my dojo at home, and I hope I can start that up again when I move back. great workout and good for the mind and body. :) I also find aikido is really inspirational to draw from because the poses/movements are so fluid and powerful and the uniform and general silhouette is very aesthetically beautiful to me as well. aah I love it. ♥

I'm not perfectly content with most of these, but I liked them enough to post so. just means I need to draw more! I really ought to do more martial arts-inspired stuff anyway, because it does inspire me. 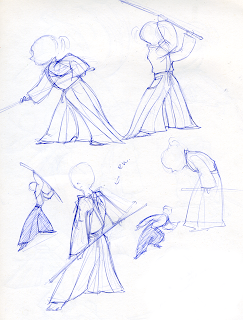 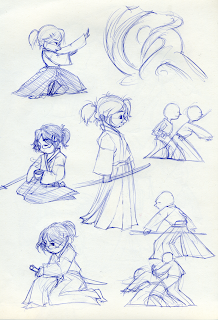 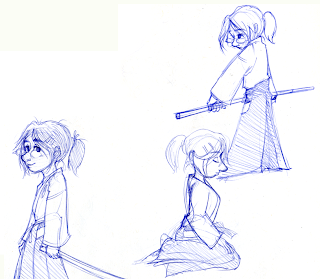 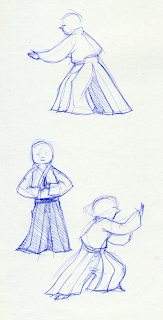 and that's all for now, whew. oh gah I missed having fun with drawing so much. :[

oo oo oo there are adorable hornbills at the Bronx Zoo in the World of Birds exhibit house. go check them out if you have a chance, there's one in particular I love because he has a ton of character.

lol I just noticed you doodled Bean and Cory...

Just drop by. This is a nice blog out here. Enjoy your works very much. Cheers!